Q: How long will my building consent take? 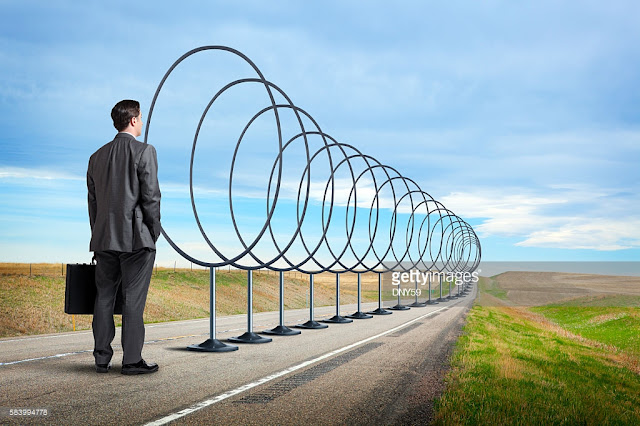 There are several questions I get asked more than any other from clients, including "How much will this cost?", "When will my drawings be ready?", and "What's a ceiling deck?"

But if there's one question I get more than any other, it's "How long will council take to issue my building consent?" Which is also the most difficult question to answer.

You'd think it would be easy -- after all, the Building Act requires council by law to issue a building consent within 20 working days of the consent application being lodged. So does that provide a useful guide? Not at all.

You see, instead of applying their ingenuity to getting building consents out the door, overworked councils have instead devised many ingenious ways to get around this law that appears to hang a ticking clock around their heads. Most of them involve ways to stop that clock ticking.

Some councils, for example, will take a week or two to determine that your consent has indeed been formally lodged. Back in the days when we used to take hard copies into council offices, a meeting there would determine that you had indeed supplied all the necessary documentation, and the council's clock would then start ticking immediately. Today, it's different. First, the amount of paperwork we need to supply in lodging for a consent is a whole lot more than it ever was, so ti takes a whole lot longer to check it's all there. And because submissions are now online, it's up to council themselves to decide when the clock starts. Can you guess what sort of incentive they have to start that clock quickly?

So that's their first. It's annoying, especially when you're impatient to start. But it's nowhere near as maddening as what happens next.

Taking time to decide when your consent is lodged delays the clock starting. What happens next gives council a way to stop the clock ticking. What happens next is the result of another loophole in the Building Act -- that every time the council asks us for more information their clock stops again. And it doesn't start again until they have decided you've supplied what they're after!

Can you guess what incentives that sets up? Yes, you've guessed it: a huge incentive to ask any and every question they can dream up about extra information that for the most part is completely useless. "Please provide details of the stair fixing on the lower landing." "Please provide the make and model of the shower." "Please indicate the finish of the bathroom cabinet."

In recent months I've been asked about the colour of bedroom carpets (accompanied by a calculation to show they're bright enough); the normal process by which to pour a concrete footing in engineered soil (about which every apprentice could tell you); to abandon approved details because the territorial authority has decided they don't like them (replaced with those council themselves like but which look decidedly dodgy to me); the acoustics of polystyrene sheets (that are not being used for acoustic purposes); to resupply calculations and statements that the processor has already received, but lost; to explain why handrails are not required on steps with fewer than two treads; and how an opening window into an open lightwell allows light and air into a room; to draw up a list of a project's "construction and demolition hazards"; to provide mechanical ventilation rates for areas we've shown will use natural ventilation (i.e., windows); to draw up simple diagrams because processors are unable to read fairly standard plans; to confirm the use of smoke detectors (when they've already been clearly placed and labelled on drawings) -- just some examples of many, many, many recent Requests from processors, all of which have wasted my time and theirs, unnecessarily dragging out the consenting process, and all at the time and expense of clients who were once very eager to build.

The simplest RFI responses are to tell the questioner where precisely in the document set they can find the answer to their question, already addressed. And the stupidest I've ever received, "Please provide details of the basin splashback" -- this because the poor fellow couldn't find anything else in the drawing set about which to ask a question!

This is officially called a "Request for Further Information," or RFI, and they are the bane of every designer's and architect's life; instead of getting on with lodging our next job, we're instead answering stupid questions about our last one -- and all just to give our friends at council time to get on with what we'd all like them to be doing instead of writing letters to us! 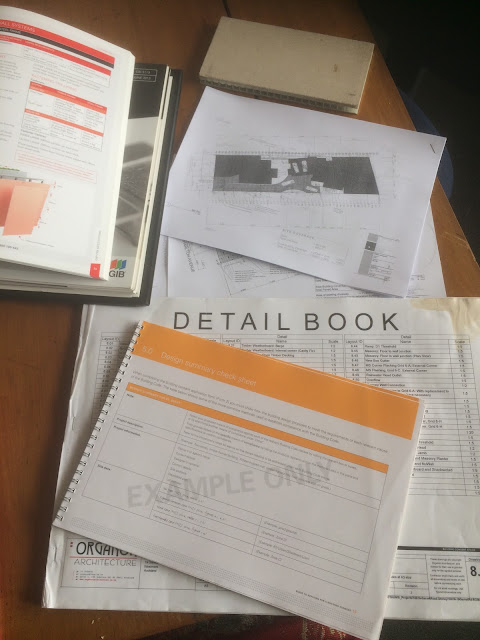 This doesn't mean that every question isn't justified (when so much paperwork is required it's not surprising there might be some things missing!) But it does mean that the incentive on each of us designers is to supply an ever-increasing amount of paper in order to preclude any questions being asked -- giving council even more paper to process as well! -- while the incentive on council processors is not so much to process as to burrow through looking for questions. Which means, these days, that the process often feels less about being a designer than it is about being a lawyer, explaining the Building Code clauses to the processor at the other end of an email.

Did I mention that it's maddening?

So, how long does it all take then?  Or, as my clients so frequently ask me: "How long will my building consent take?" The simplest answer is that it won't be 20 working days. Generally it's only at 19 working days that we receive our first RFI. Yes, I did once manage to get a drainage consent while I was standing there in the council offices. But that was many years ago. In general now, the easiest answer is to give clients a range: which is somewhere between six weeks and six months. The quickest I've seen one come out in recent years is 10 days. The longest was 10 months. (And the most maddening thing was that there was nothing substantially different about those two projects to justify that difference!)

So there's just no way to give a good answer, I'm afraid.

That said, it can be easier if council are processing over the Xmas break, because over the Xmas period  there are very few official legally gazetted working days, so that council processors who are working through -- which can happen sometimes, when council are busy -- can actually process instead of delay. So sometimes it can make a difference getting lodged before Christmas.

And we do have to remember that we're building something for you to enjoy over many years. At the end of the day, when all the problems have been solved and your house is built and you're sitting there enjoying it all with your family, who really remembers an extra week or two at this point except those of us who have fought to get your paperwork over the line?

Email ThisBlogThis!Share to TwitterShare to FacebookShare to Pinterest
Labels: Council

What is the ideal relationship of architect to client?

Check out our projects at Houzz

Take an architectural mini-tutorial, and learn more about the power of great architecture.